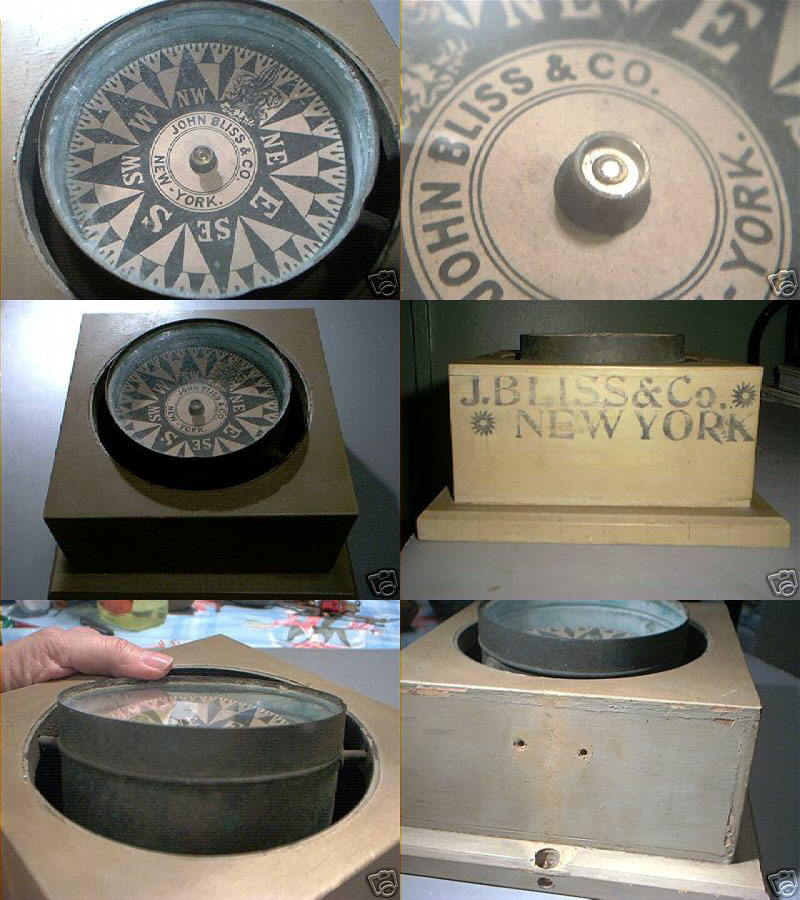 From at least the 1870s, John Bliss & Co. manufactured dry card compasses, available in wood or brass bowls. This is a typical example apparently mounted for display. The prominent name display on the atypical box raises the question of whether this was used as a shop display either in the main store or that of one of their agents, or perhaps as a trade show display. The compass is mounted in a gimball or cardan ring, but that ring, instead of being mounted to swing itself, has been fixed as the rim of the large hole in the box, so the universal gimbal action is lost. Also, the axes of the gimbal system are aimed at the corners of the box, not perpendicular to the sides, so the box would have to be mounted in a boat with its corners pointing along the center line of the boat, rather than its sides. Thus it's highly unlikely this was used on a vessel as currently mounted.

The card is 4.5" in diameter, with a 5" brass bowl. There is one lubber line barely visible. As is typical for a compass of that period, it is calibrated only in points, down to quarter points. I have seen at least one example of a Bliss compass with a cross on the East point. This doesn't have that, so isn't a very early example (traditionally European compasses prior to the mid-nineteenth century had a cross for East, indicating the direction to the Holy Land). It does have the traditional fleur-de-lis for the North point.